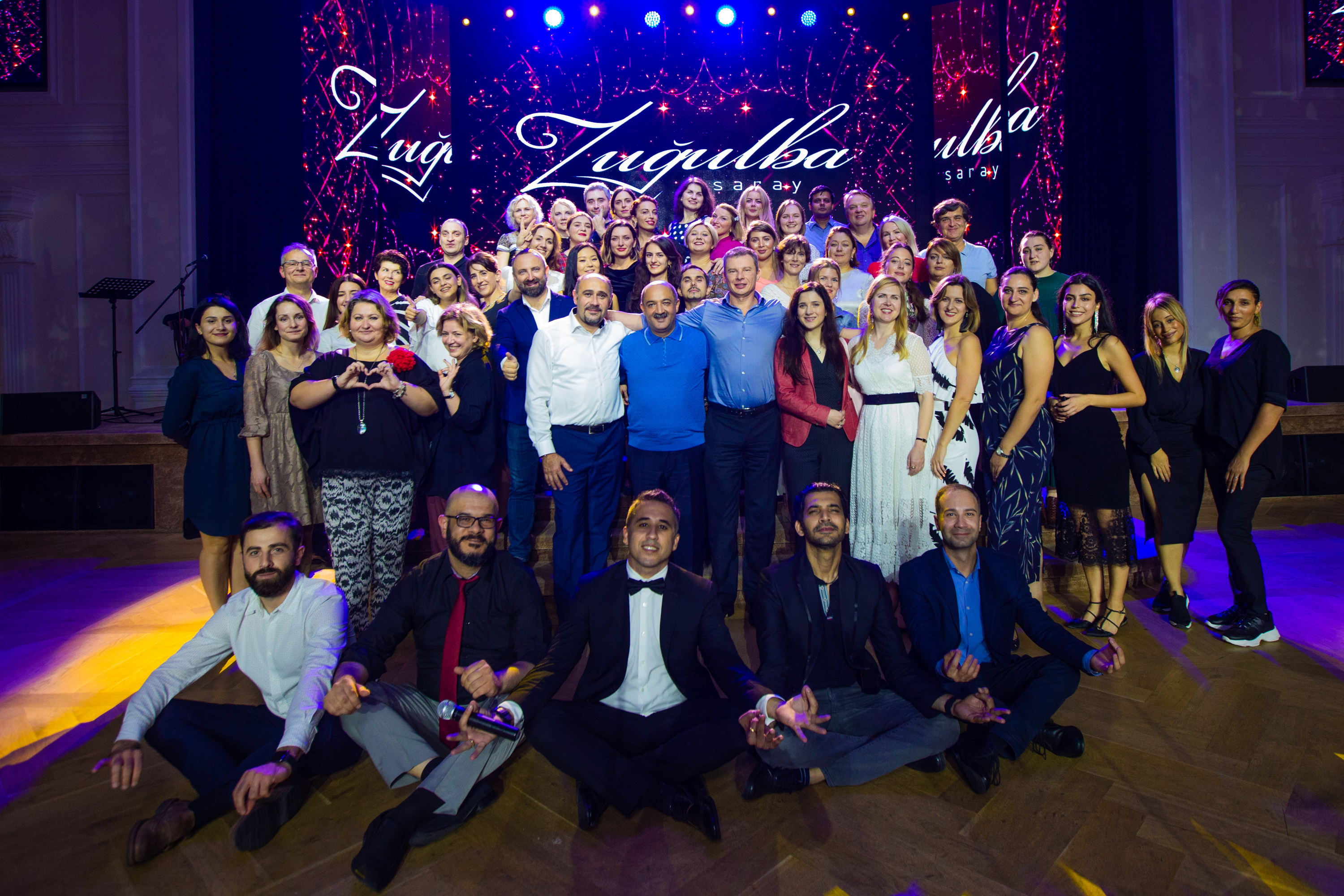 This autumn, MMP Forum Caucasus 2019 took place in Baku — the city of fire and winds, the capital of Azerbaijan.

The 7th international workshop in the field of MICE & Event was organized by BTL Group with its partners: Azerbaijan Convention Bureau, Absheron Hotels Group, Zagulba Palace, Konsis Group. Meet MICE professionals from all over the world! 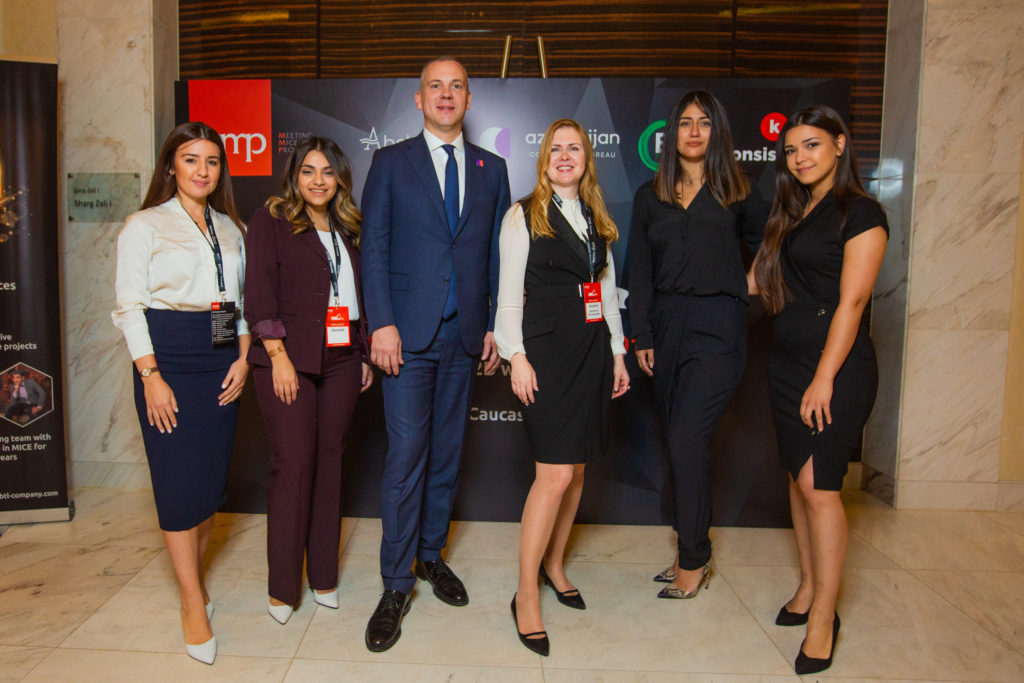 During these three days, guests of the event could enjoy both the forum itself and the country that extended them a warm welcome.

On October 10, hosted buyers of the forum had a wonderful pre-tour in the capital of Azerbaijan. It was then that they dived into the culture of the city where ancient traditions mixed with modern technologies. Picturesque streets of the Old Town, mystical legends of the Maiden Tower, colorful shops with magnificent carpets and souvenirs, a master class on cooking Baku gourmet food… A wonderful evening on the 19th floor of the Fairmont Hotel became the culmination of this beautiful day. Panoramas of the night city, fiery music from the most popular Azerbaijan DJ — Baku totally rocked everybody! Well, and it`s also impossible to forget the real wine feast from Chabiant winery. 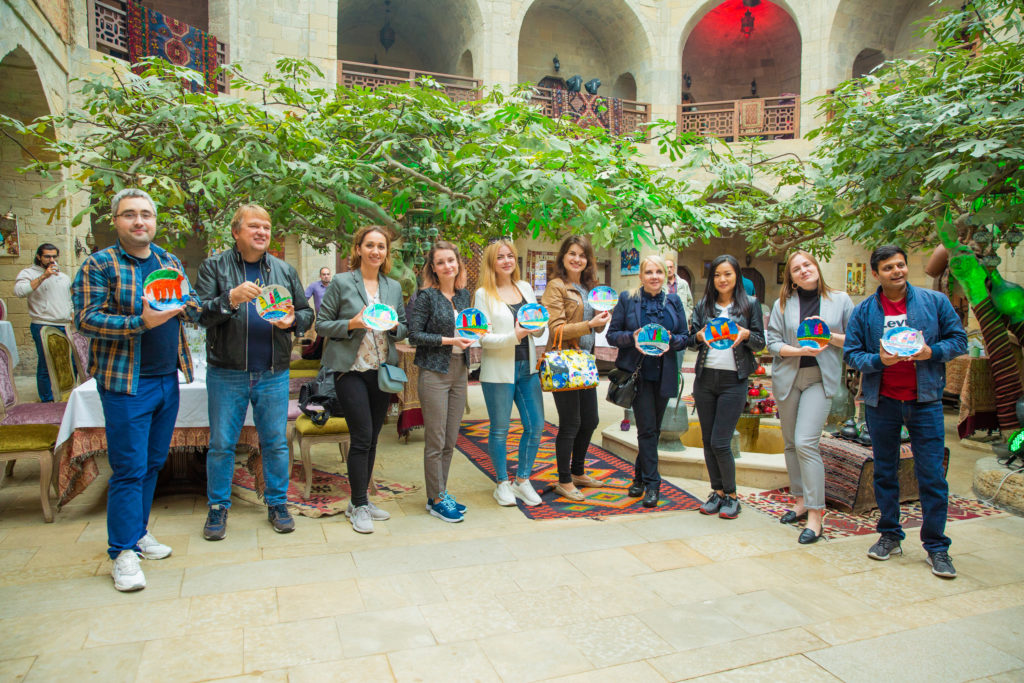 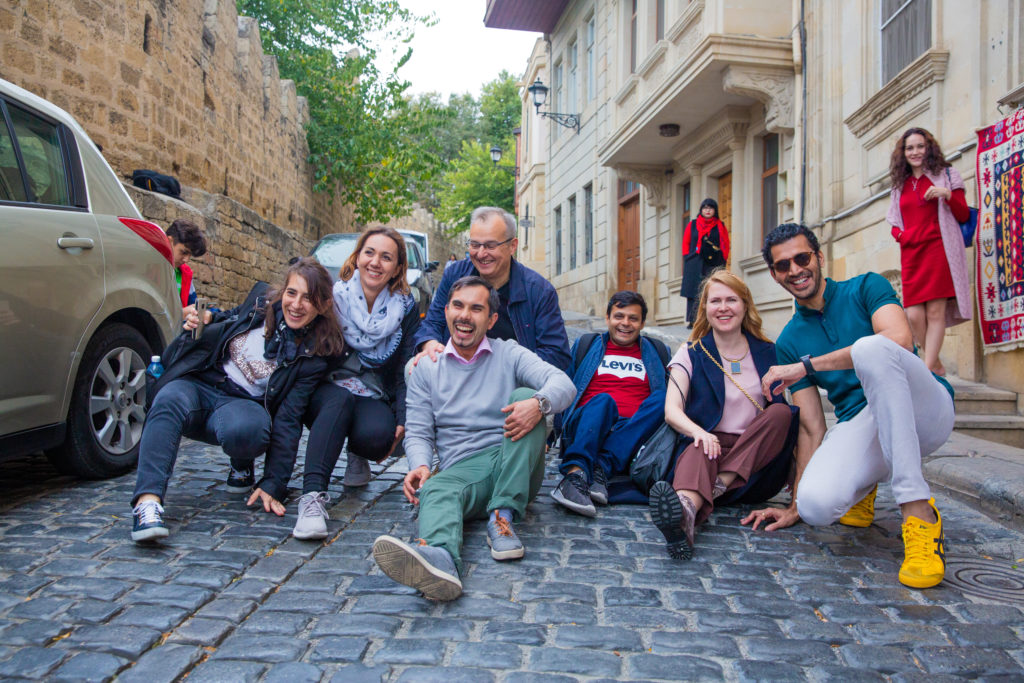 On October 11, the JW Marriott Absheron Baku Hotel met the leaders of the world MICE industry. During all day hosted buyers from different parts of the world (Russia, Ukraine, Kazakhstan, France, India, Moldova, United Arab Emirates, Poland) had the opportunity to talk with the leading exhibitors from Azerbaijan and Georgia during the workshop and in informal surroundings. 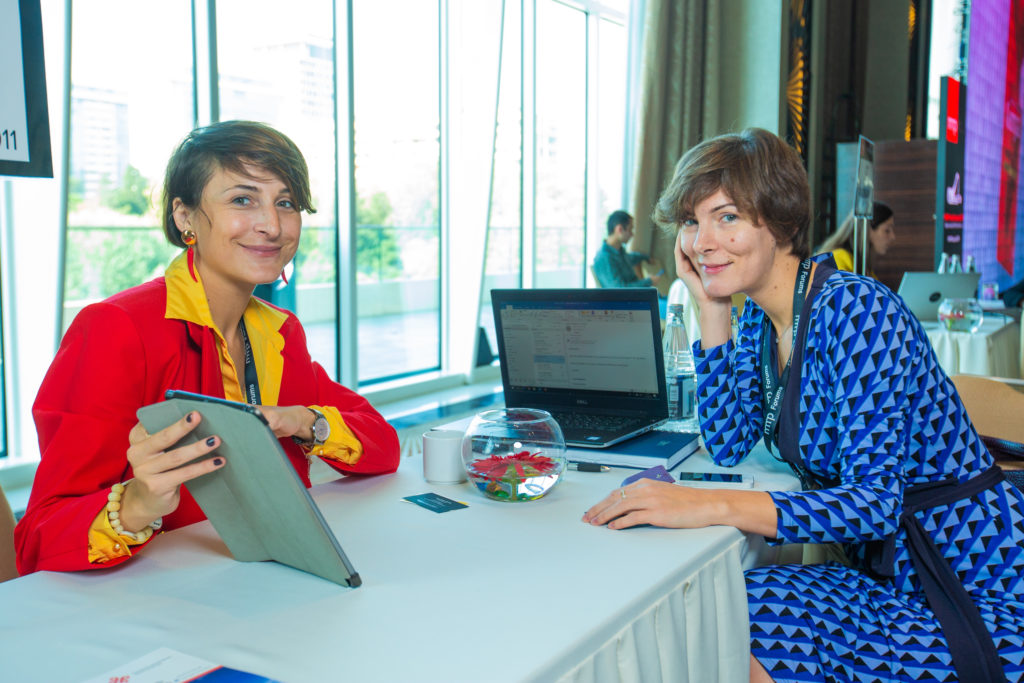 And YES, participants had to work, and not to level eyes at the Azerbaijani master chief, who tempted everybody with tasty qutabs and sweet baklava directly from the flames😊 How is it possible to concentrate and not to stare at this culinary action, when you`ve already tasted these cool snacks and published them in your Insta-stories? 🙂 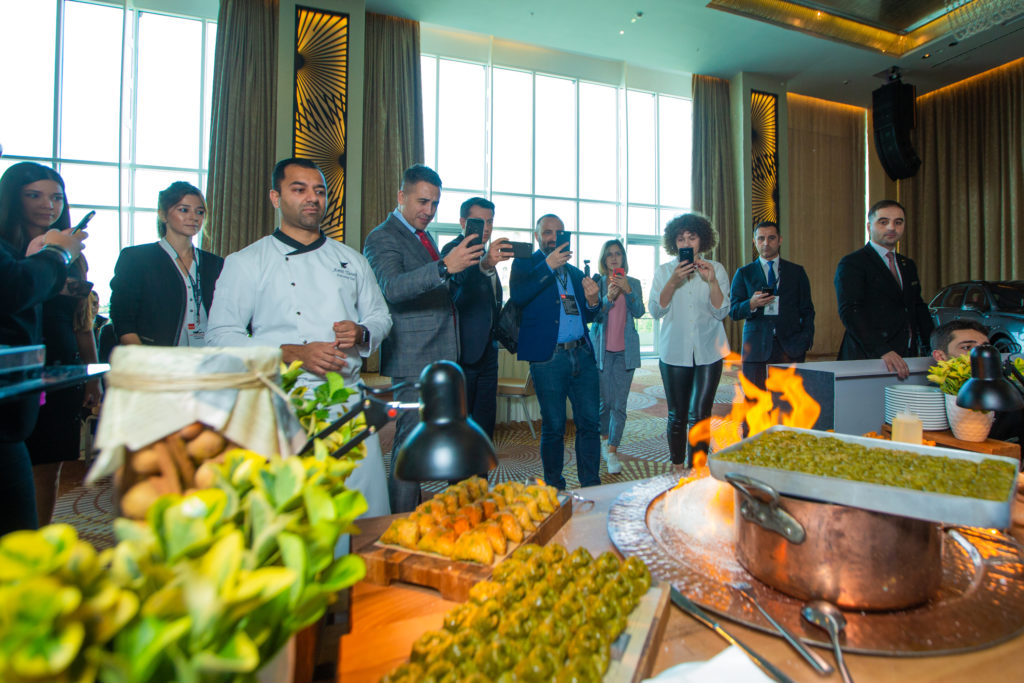 What can we say about the luxurious gala dinner at the Zagulba Palace restaurant? 😊 Variety of dishes, dances with daggers, and soulful chords of a tar (an ancient Azerbaijani musical instrument) — no wonder that many guests wished this evening hadn`t ended! 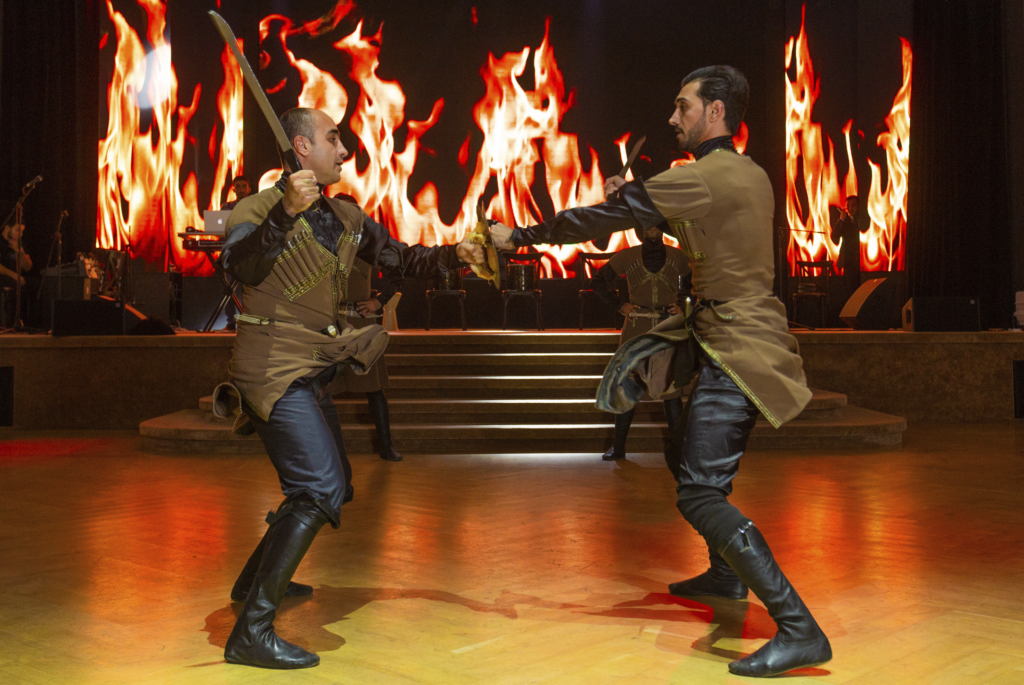 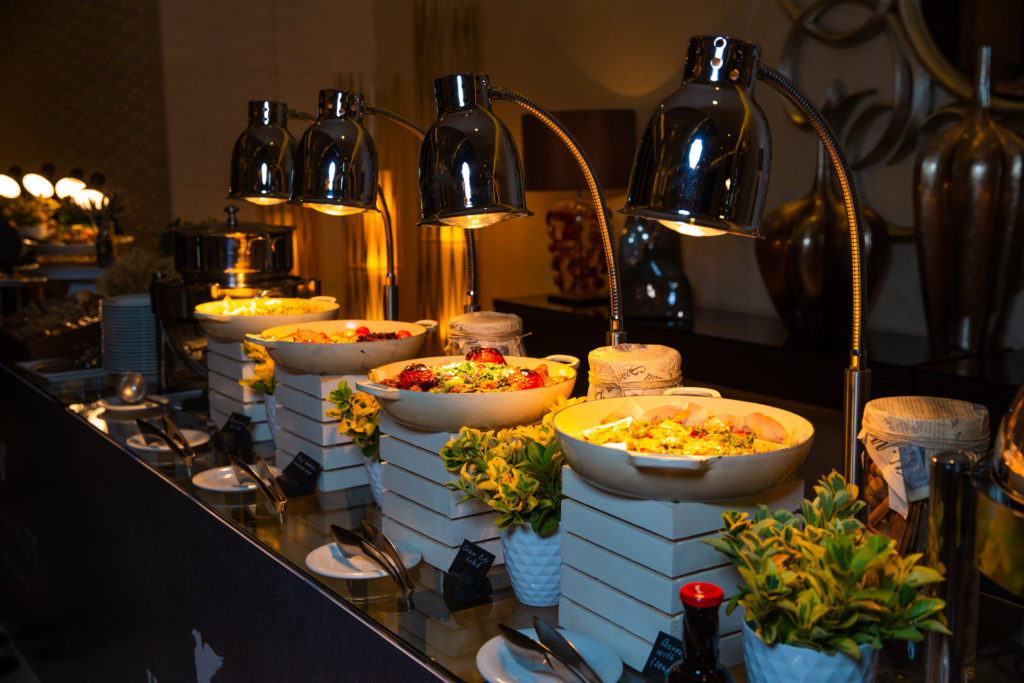 However, they should save the strength for the next day… On October 12, the participants of the MMP Forum Caucasus 2019 went to Gabala, the historical region of Azerbaijan!

Oh, nothing special — just breathtaking views, a cable car ride to the mountains, a great tea ceremony at sunset, as well as something cool in Isma’ili at the Chabiant winery. 😊 Hey, Celentano, we bet your legendary Elia wouldn’t be able to pick up a colossal pottle of grapes in 30 minutes, and then — wipe its juice for wine? Hey, bro, relax: participants of the MMP Forum Caucasus did it easily! Here`s how they tamed shrew Azerbaijan — hot, insolent, and unstoppable. However, it is worth mentioning a hot dinner with national dances in Shamakhi — the homeland of the famous Shamakhi queen…

The forum has come to an end — however, new ideas that appeared during this project, are only beginning to grow 😊 Colleagues, we will meet again very soon — together, we are the true engine of MICE progress. See you at the new MMP Forums! 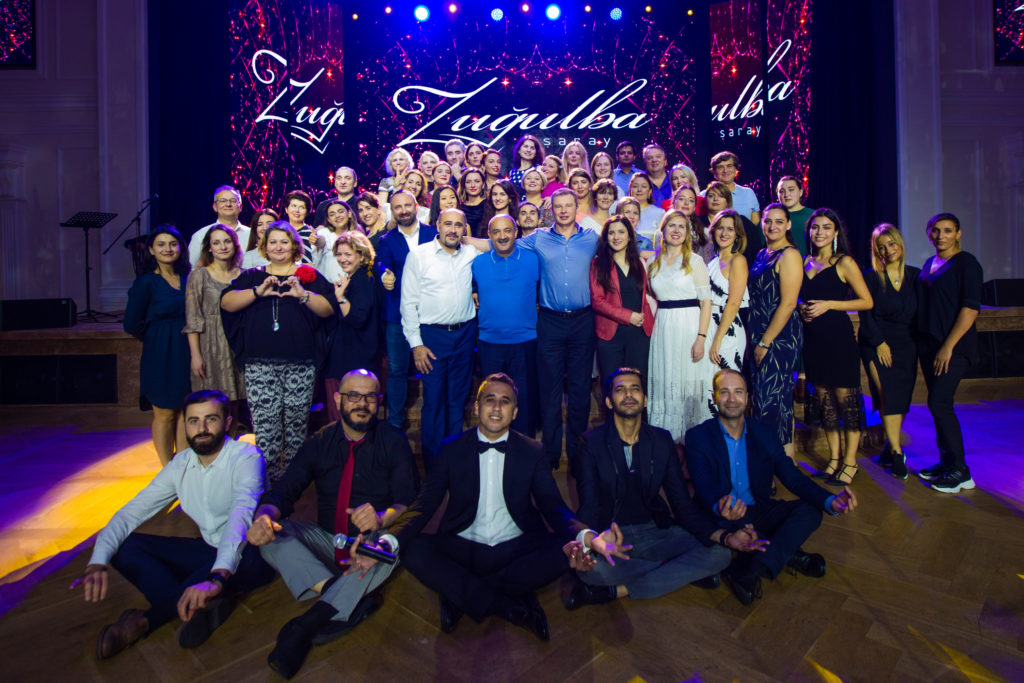 Get inspired with MMP Forums!